By Centralia Community Foundation
Posted November 16, 2017
In News
$2 Million Grant Is the Start of Something Big in Centralia Schools2017-11-162017-12-09https://centraliacf.org/wp-content/uploads/2017/01/centralia-foundation-logo.svgCentralia Community Foundationhttps://centraliacf.org/wp-content/uploads/2017/11/5a0dcd4c4493d.image_.jpg200px200px

Dan Rich, president of the Centralia Community Foundation, discusses the partnership it has created with the Centralia School District in order to receive a $2 million grant from TransAlta, while Jonathan Meyer, secretary of the foundation and Lewis County prosecutor, looks on Tuesday morning.

There are few adverbs or superlatives that provide full justice to the momentous announcement that the TransAlta Coal Transition Board has provided a $2 million grant to the Centralia Community Foundation to jumpstart an initiative that promises to reshape the course of education in the Hub City.

It’s a transformative, incredible and even historic development in the history of public education in Centralia.

The news, which appears on today’s front page, represents hope for a better future for any child who relies on the Centralia School District to form the baseline for their future possibilities. Beyond that, it offers a plan.

The Centralia Community Foundation has taken many of the same steps as the Chehalis Foundation, which has been wildly successful in promoting student achievement and college readiness. That success is in many case predicated on the contributions of alumni such as former Starbucks CEO Orin Smith and businessman James Lintott, among many other donors large and small.

In the absence of such financial contributions and a foundation in Centralia, students in Chehalis have had an advantage in many ways. In contributing $2 million to the Centralia Community Foundation, TransAlta has begun the process of leveling the playing field for Twin Cities students preparing for life after K-12 education.

It’s also reflective of the intentions behind TransAlta’s commitment to contribute a total of $55 million for programs, organizations and projects that boost economic development in the Lewis County area while funding weatherization and energy projects as well.  It’s part of an agreement with the state as the company plans to end coal-fired electric generation at its Centralia plant.

Depending on whether the company pivots to another energy source or drastically reduces its workforce, the Lewis County economy faces the possibility of losing more family wage jobs.

TransAlta’s investment in the Centralia School District by way of the Centralia Community Foundation will result in new skills for area students and a more attractive environment for businesses that provide high-paying jobs. If done correctly, the district will be able to work with Centralia College and other partners to develop a local workforce for industries currently facing demand for qualified workers.

By enlisting the help of the highly-respected consulting firm the BERC Group and following the lead of the Chehalis Foundation, the district is on the path to reformation.

Combined with the passage of a $74 million bond to build two new elementary schools and renovate the high school, the recent news that Centralia High School has been labeled a School of Distinction for its improved graduation rates and the construction of a brand new STEM wing, residents of the district have a whole lot to be thankful for and excited about.

Now’s the time to contribute to the drive for better outcomes for students in the Centralia School District. Support the Centralia Community Foundation by getting involved or making a contribution. The district appears to be on the right path, and the more people who join, the greater the final destination will be.

View Original Article on the Chronicle 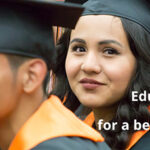 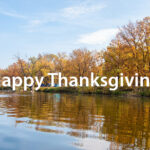